Franco Fasoli is from Buenos Aires, and this is clearly visible in his work, which is inspired – among others – by fileteado, an Argentine art form characterised by bold, stylised lines. Another distinctive element is a constant clash – between people, animals, concepts, colours and cultures. This applies equally to his work in Ostend, in which he portrays a ritual featuring men disguised as tigers. Are they fighting or dancing? The loo rolls will not give you the hint you’re looking for, though, as these are used at wedding celebrations as well as by hooligans. 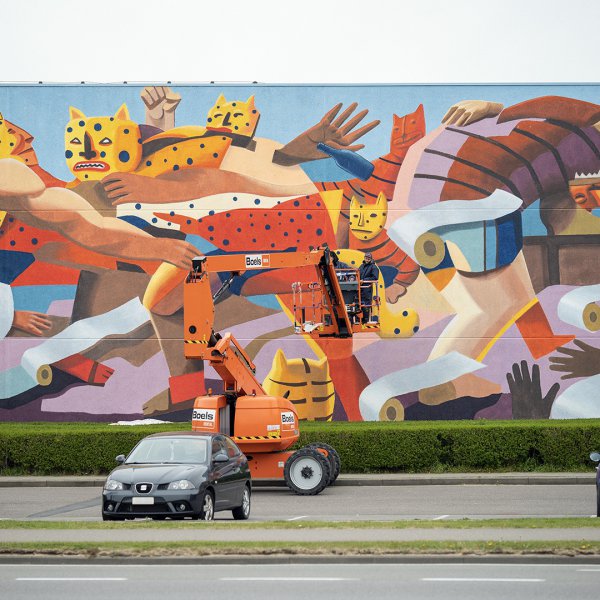 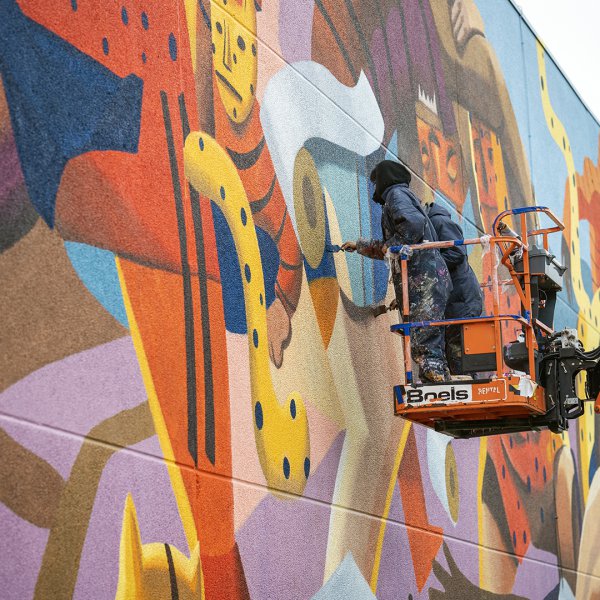 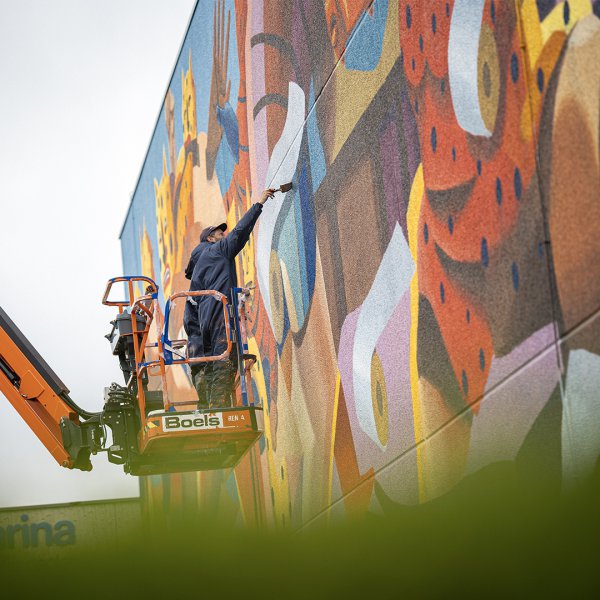 For The Crystal Ship in Oostende with Franco Fasoli.
Curated and organised by All About Things.
Photos by Jules Césure.