KBR and Phlegm joined forces for the exhibition The World of Bruegel in Black and White. The British street artist made a monumental mural on the KBR wall.

Phlegm has a great fondness for Bruegel. The artist mainly works with spray paint, but also works with classic printing techniques. Like Bruegel, he engraves and likes to cast bizarre figures from his fantasy world into a narrative structure. His work ranges from mini-engravings with masterful details to gigantic murals and comic books. The many surprising details in his work and the choice of black and white are reminiscent of Bruegel's prints.

Commissioned project with Phlegm for KBR. 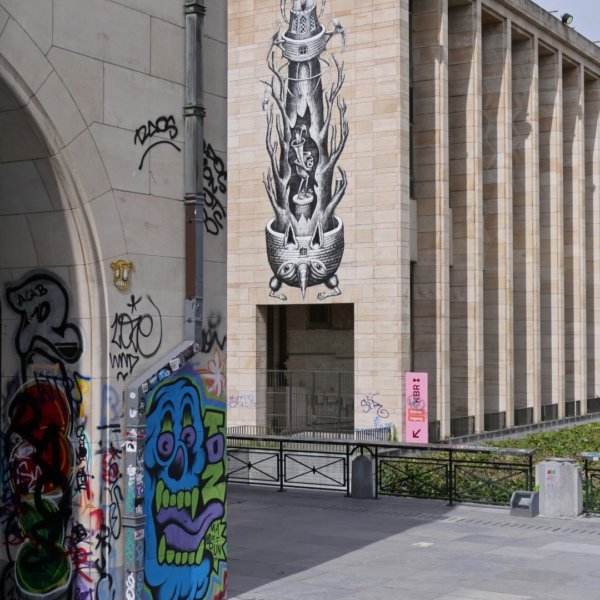 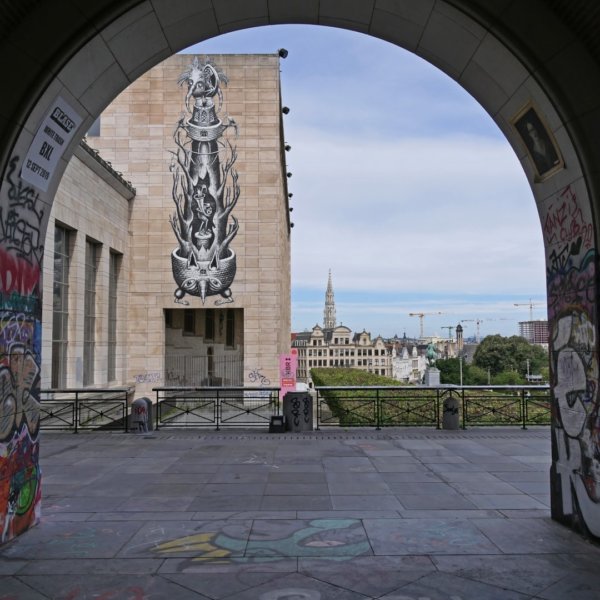 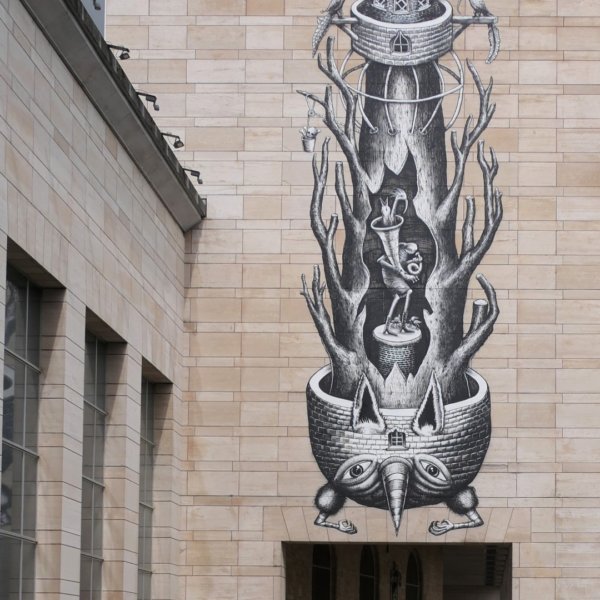 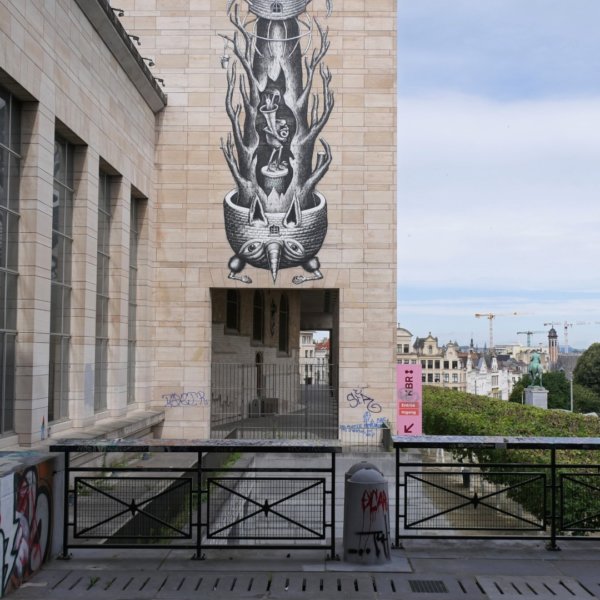 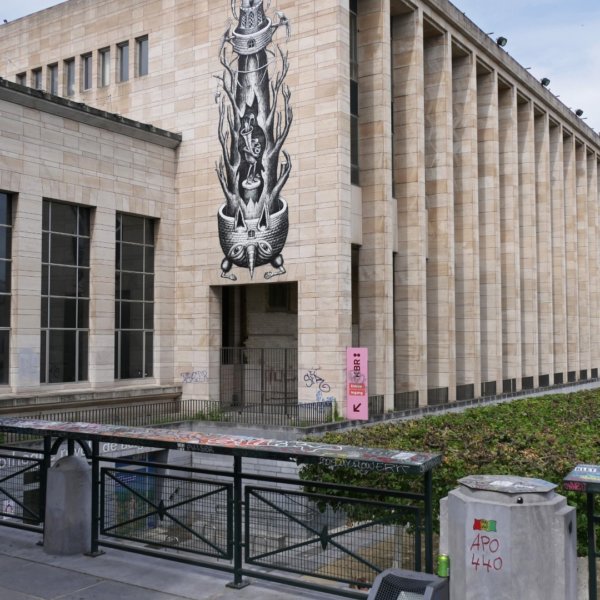 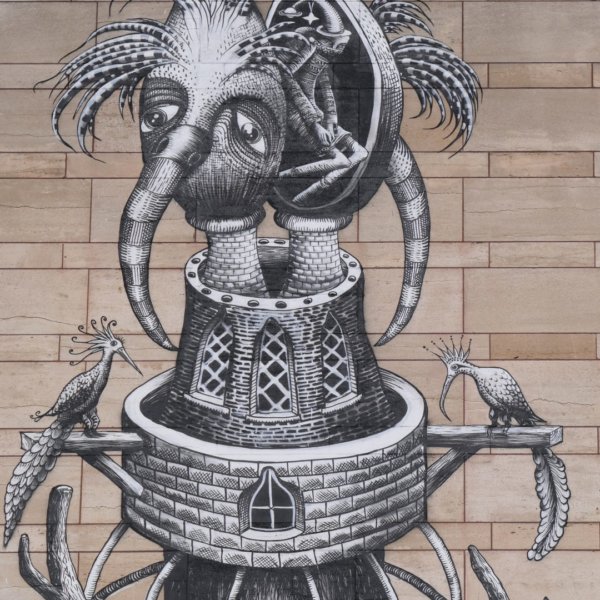 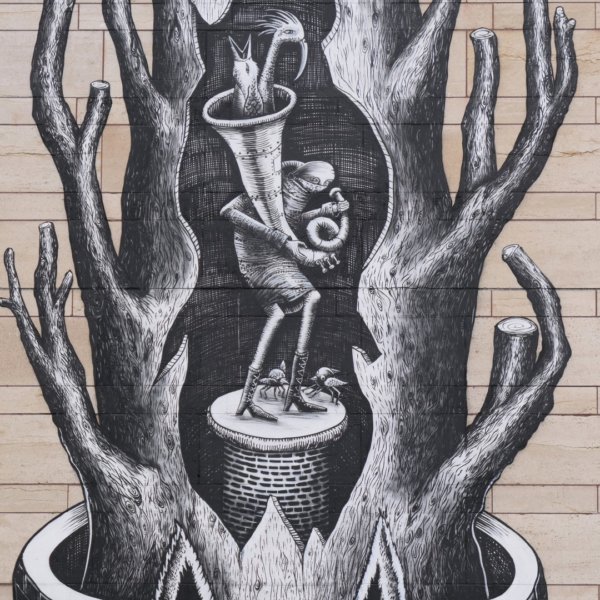 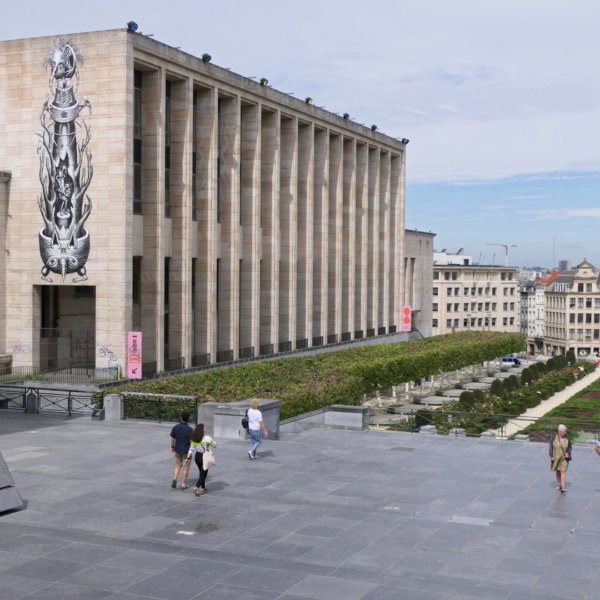